The patented SuricleTM technology was developed and tested by CSIRO.  Micron sized particles are embedded into an adhesive polymer film at supersonic speed.  The discrete particles form a non-conductive surface which is long lasting and provides effective anti-fouling protection. 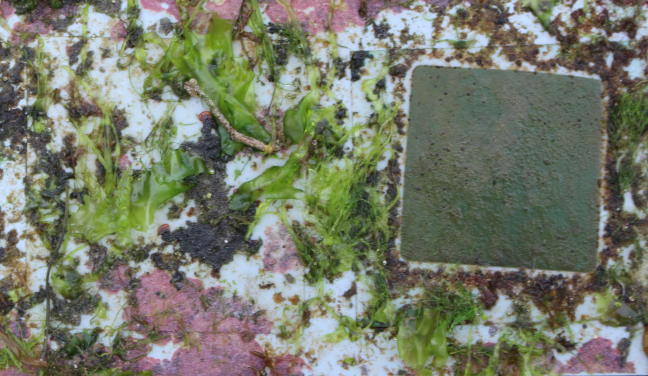 Static field trials (that ran for over 3 years) demonstrated that samples treated with the Suricle technology remained free of macro-fouler attachment for the entire duration, with only minor slime accumulation (similar to the photo above). 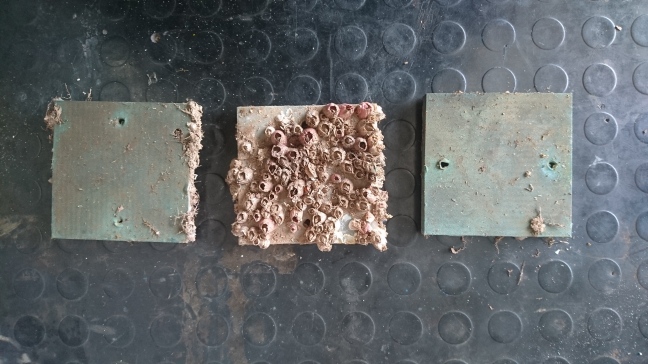 Field trials off the North West Shelf of Australia show that after 3-4 months, the control sample was heavily fouled by barnacles, while the treated samples remained clean (photo courtesy of Luca Chiaroni of Gardline).